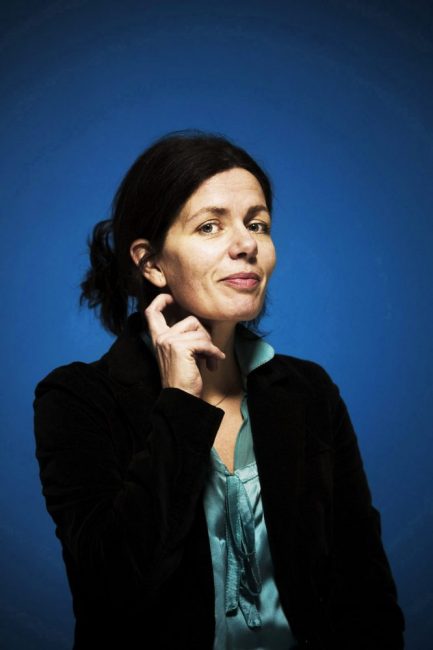 Born in Sweden, Maggi started playing piano at the age of 6, entered 2 years at the swedish music conservatory and then studied at Berklee College of Music in Boston, USA, 1984- 1988. Graduate in Jazz composition and Arranging. This was completed with 2 year study in Music Education at Malmo Academy of music.

Very special gifts you have - something all your own - unique and beautiful!

1989 till now, Maggi has worked as a composer pianist, leading her own groups, co-lead and collaborated with other groups, composed for orchestra settings, and built a unique reputation for her music, in Sweden, Scandinavia and internationally. She is a pianist of international acclaim for her uniqe and personal expression. As a composer she is able to constantly create new innovative music, and there’s a constant demand for her music, in groups and projects.

Davids Angels where Maggi is composer keybordist. The band has released two critically acclaimed CDs, the 2009 ”Substar” and 2013 ”What It Seems” and 2017 ”Traces” on swedish label Kopasetic. Maggis has created a half part of the groups repetoire and the group has toured and performed at major jazz venues in Scandinavia, notably the Stockholm International Jazz Festival, showcased at the Jazzahead Festival in Germany. Summer 2014 programmed for jazz festivals in Vancouver, Ottawa, Rochester.

When Ingrid and Christine brings there music to Europé Maggi plays piano in their quintet ”Infinitude”.

Transatlantic Conversations is Maggis’ and Canadian saxophonist Christine Jensens’ project. A 11 piece orchestra performing their music written for the setting. Toured Sweden in 2013 and was broadcasted on Swedish National radio. Toured in Canada 1 year after with Canadian musicians.

Maggi Olin has recorded many Cd´s with her own music but also in collaborations with others. She has toured europe for many years and won a extensive fanbase. She has also been featured in a number of live national broadcasts in Sweden and has toured Mexico in 2004, and performances in Madrid, Copenhagen, Hannover, Molde Norway, Serbia, The Baltic countries, Canada, USA at festivals, schools etc and other cultural venues. Many times with the” Embassy of Sweden exchanges.

Maggi Olin is also a celebrated educator. She currently holds a part-time tenure as adjunct on the faculty of Malmo Academy of Music in Sweden. She also gives clinics and masterclasses at various venues in connection to concerts.